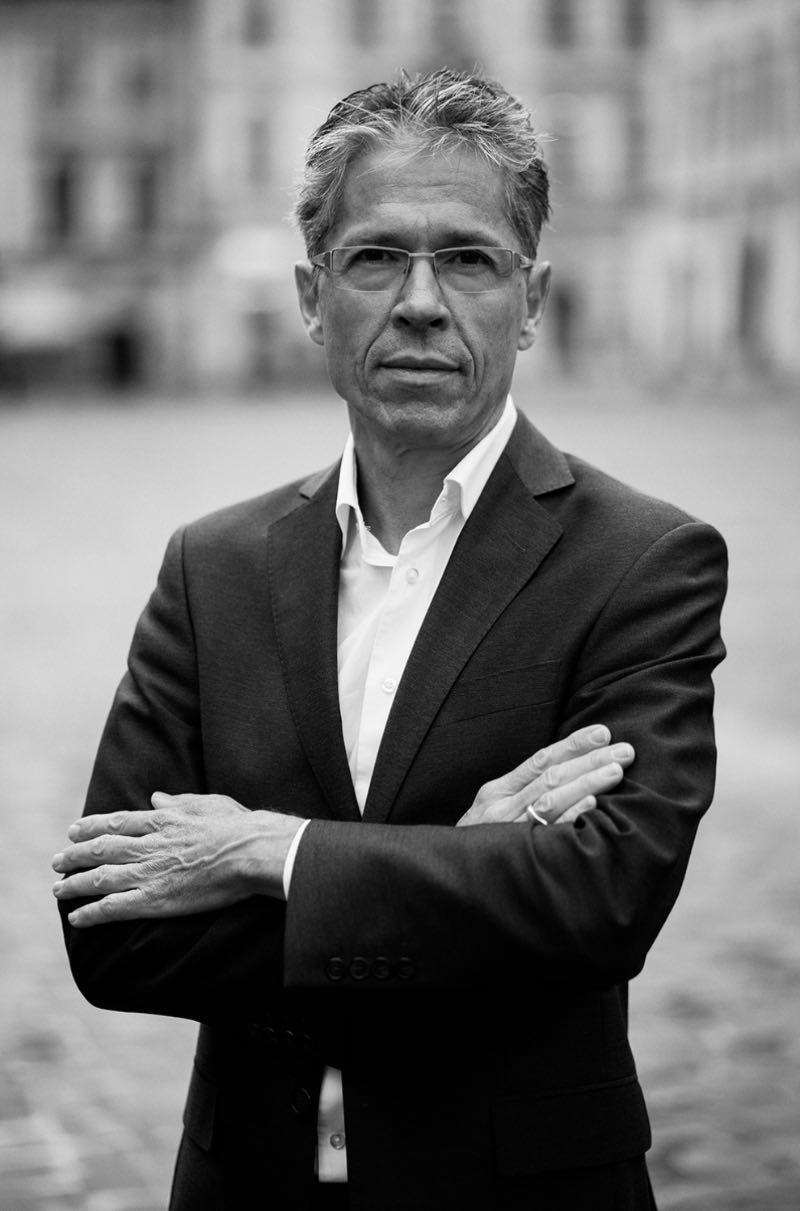 My modest background is probably what has driven my quest for achievement and excellence throughout my life. Having worked in so many sectors and countries, I blend solid and traditional Swiss values with an openness on the world and its wonderful diversity.

I bring a lifetime of professional and human experience to deliver dedicated and bespoke services to High Net Worth Individuals and families.

My professional track has taught and enriched me with skills, values, and important human qualities. Those of which I am the proudest are trust, loyalty and resourcefulness, because these qualities allow me the consistently deliver the best I possibly can to all my clients. 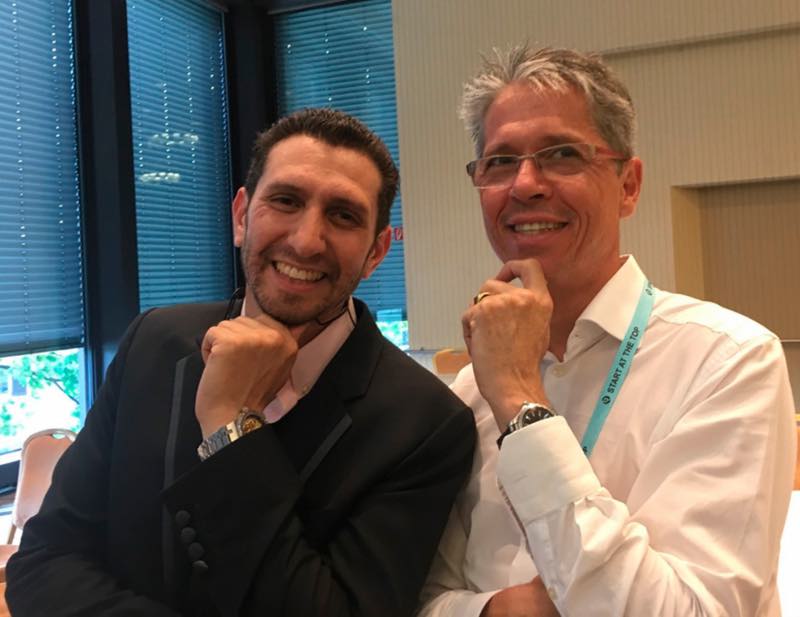 Born into a middle class family, I grew up in the beautiful Lausanne region on the shores of the Lac Léman (also known as Lake Geneva to the horror of Lausanne’s inhabitants). My life was destined to be quite ordinary, with the exception of a twin brother, an unpleasant divorce and custody battle. I now live with my 12-year old son in a shared custody arrangement with his mother. It was a long and expensive negotiation, but love, especially for one’s child, is a powerful motivation and simply makes us stronger.

I am from the generation whereby we were trained people to become capable and resourceful professionals by learning on the job. I left school at the age of sixteen for a three-year industrial management apprenticeship. My main tasks were related to the costing of electrical panels… not very glorious or exciting, but it provided me with a solid foundation in terms of work discipline and ethics.

I followed up my apprenticeship with compulsory military service in the infantry where I became an non-commissioned officer. My introduction to finance and money management came quite by surprise with 2-year stint in the Cantonal Tax Administration, where I followed courses related to taxation. This has served me consistently throughout my career. I followed up on the Tax Office with the sale of life insurance products, another Swiss specialty, which taught me valuable sales techniques acquired in Patria’s training center in Basel.

After three months of intensive English training in Bath (UK) and a few months in Basel at Ciba-Geigy, I joined the finance department “Société Générale de Surveillance” in Geneva, where my main tasks were related to transactions with foreign branches of the group and FX transactions.

To have a break from my institutional career, I left Switzerland in 1988 to live the American experience and enrolled in a jazz school in Los Angeles where, after a year of intensive training, I graduated as a professional guitarist. I truly believe one must never neglect what makes us happy!

In 1990, I was back in Switzerland. I went on to work as sales manager at ECCO Lausanne and Territory Manager in French-speaking Switzerland for a Swiss-German electronics company. I then joined the finance department of the City of Pully in 1992 and after taking various higher education courses at SEC Lausanne and IDHEAP Lausanne, I became the City’s Comptroller and Deputy Head of the Finance Department. 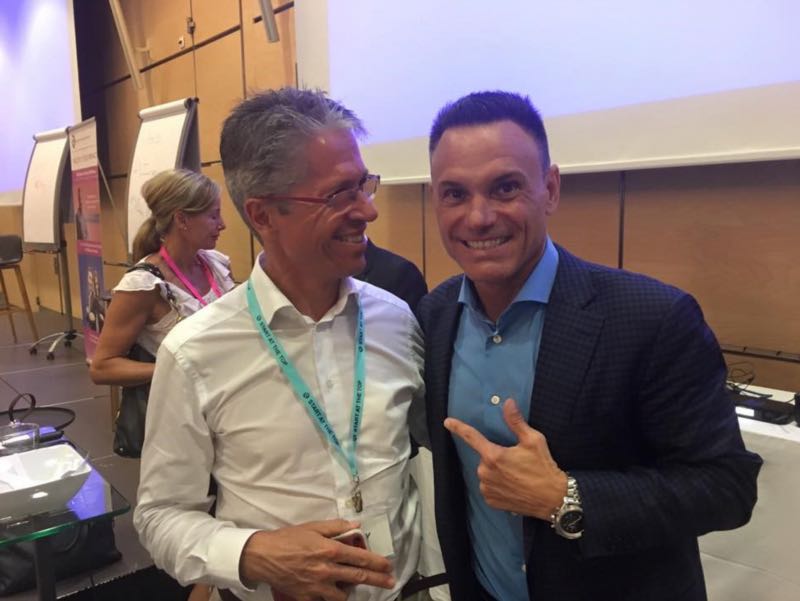 A decade later, I left the City of Pully and opened my own Fiduciary Office in Pully “easyimpots.ch” as well as an insurance company. I operated these two entities until the largest Law Firm of Switzerland offered me the opportunity to take responsibility for their accounting and finance department, then the financial direction of the Study in 2011.

In order to enrich my skills and capabilities as an independent, I followed the training of Brendon Burchard (Experts’ academy), notably in Santa Clara (CA), on the theme of the monetization of knowledge, then in 2016 that of Robert Kiyosaki (Legacy Education) in Richmond (UK), creating value through real estate investments in England and, since 2017, Kane & Alessia Minkus Global Business Mentorship program.

When I resumed my independent activity, and on the recommendation of a partner from the Law Firm I was working for, I was fortunate to receive a mandate from one of Switzerland’s wealthiest men, who based on the trust we developed over time and the consistent delivery of superior tailored services, regularly solicits my discreet, loyal and efficient services to act on his behalf.

The length and diversity of my career has equipped me with the very specialized know-how needed to serve a HNWI clientele, particularly in terms of due diligence, monitoring of their assets, assistance in the choice of their investments and their search for real estate assets to enhance their property portfolios; which allowed me to develop a first-class network of real estate specialists in the field of luxury properties between Geneva and Lausanne.

In addition to my Swiss-centric activities, I have been involved in value creation (plantations in Southeast Asia, a service company in Poland and real estate portfolio in England) and regularly receive proposals for partnerships for the creation of new companies or promotion of investment goods. 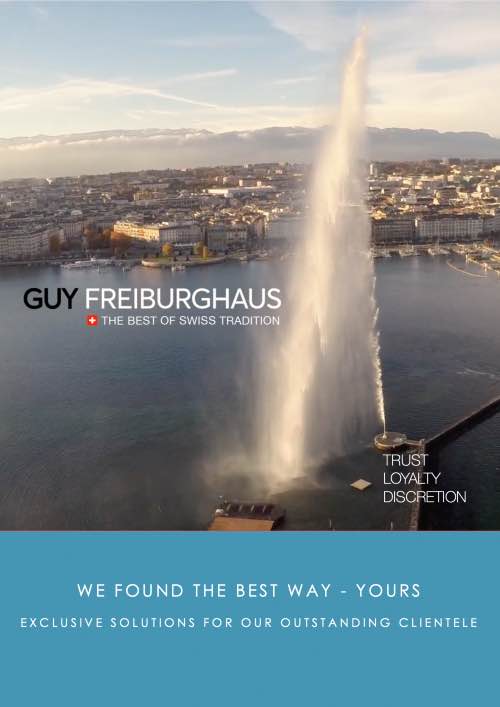 24/7 availability for all enquiries